We have all heard about the devastating tragedy which struck the island nation of Haiti in 2010. A 7.0 magnitude earthquake hit the country with such force that has left many people homeless and injured. The capital city of Port-au-Prince was left in ruins and various outreach and volunteer groups flew over there to help get the city back into shape. As part of the effort to help get better health care into the country Rank My Dentist helped sponsor a team of 12 people, many of them students and faculty from the University of Medicine and Dentistry of New Jersey and New York University College of Dentistry, to collect data from the Haitian island of Île à Vache’s population’s dental health and knowledge. 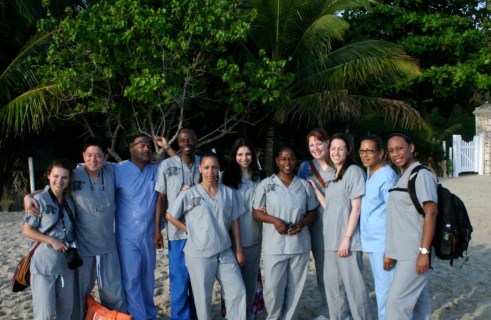 The group’s five day trip started on March 16th where they took a flight out of JFK Airport and landed in Port-au-Prince Haiti. From there they traveled 3 and a half hours to a coastal city from which they boarded a boat en route to the island. Dr. Edly Destine, one of the 12 members of the group, describes the island as a remote and beautiful island, where the people who are born there are usually buried there, with very few ever leaving it to travel somewhere else. The island is 7 x 4 kilometers and holds a population of 17,000 people. The group saw roughly 600 people, and about 100 of them were adults. They found that 60% of the major dental work that needed to be done on the island was of the pediatric kind, meaning children under the age of 14. There was not even one local dentist to be found who could even provide the most minimal amount of care. They found that most of the 8-year-old children’s 1st permanent molars, which come in at the age of 6, were completely rotten. 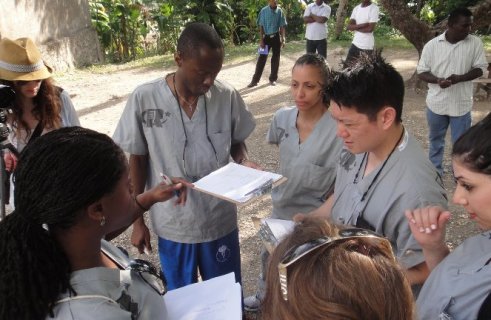 No invasive procedures were done on the trip, but some basic dental care was given and a lot of instructions and knowledge about dental hygiene were passed around. Most of the people on the island do not own toothbrushes, and if they do they tend to share with siblings or adults. While visiting several schools the group learned that many of the children did know that they are supposed to brush 3 times a day, but they did not know the reason why. Top dentists are needed to help make up for the lack of knowledge and to provide the medical expertise needed to raise the health conditions many of the children live under. 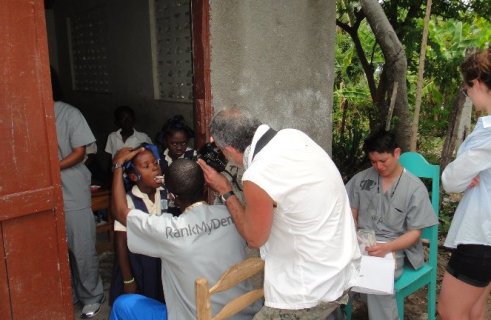 The group handed out toothbrushes and toothpaste to a majority of the population and did whatever they could with the resources they had available to them on their trip. It is the group’s goal that they would get a chance to return to be able to make a much larger impact on the dental health care. The best dentists in America and around the world are needed to help do this and with your help it might be possible to send them back again. More information can be found about this program may be found at www.dentistforhaiti.com, a program established to provide outreach and better dental hygiene care for underprivileged countries and their children.

Ranking as a Top Dentist

RankMyDentist.com helps patients find the right dentist for their needs. We aim to evolve the archaic form of doctor-patient interaction by allowing patients to connect with doctors at any time.

Spring break is coming up. So are Easter, Passover and Kwanza. Most public and private schools are off. College students are...

Valentine’s Day is right around the corner. Every local drugstore to big named department stores are carrying everything from...

Toothaches are painful and often times mind numbing. The pain can be so bad that you cannot focus on anything else; whether it is...